What Is Gunpowder Tea And Why You Should Try It

Its name implies a fierce punch of power in a tea, but we bust that mythical impression. We were amazed at what we discovered about gunpowder tea. It’s a sheep in wolf’s clothing (not a wolf in sheep’s clothing!)

What Is Gunpowder Tea?

“Gunpowder” is a reference used to describe a tea that has been processed into a pearl, ball-like shape which resembles actual gunpowder pellets.

Because “gunpowder” is a term used to describe a tea’s processed shape, many wonder, “Is gunpowder tea the same as green tea?” Gunpowder tea can be green, black, oolong, or a tisane (herbal tea). However, the most common variation of gunpowder is green tea.

Taiwan’s Formosa Oolong tea is another type of true tea processed and sold as gunpowder tea.

How Gunpowder Tea Is Processed

Now we dig into the nitty-gritty of what makes a tea a “gunpowder” tea. Gunpowder tea processing is produced either through the traditional method or the modern method. So, is gunpowder tea smoked since it has a smoky taste? Many gunpowder teas are roasted (not all, though.) Roasting is what gives it that smoky aroma and taste.

Higher quality gunpowder tea is produced using the traditional processing method. When sourcing your gunpowder tea, it’s important to determine if this method was used. This will ensure you get the very best.

The tea leaves are then taken to an area for fixation (the oxidation process is stopped) occurs through heating. They are then cooled down, and the shaping begins. Shaping typically starts with the tea leaves being placed into large pieces of cloth, which are tied tightly, forming a large ball. These balls of tea leaves are moved around manually or by machine to roll and shape.

Depending on what variation of tea the tea maker is processing, the rolled and shaped tea leaves may go on to roasting over a charcoal fire or be placed in an oven that dries the tea. If that latter drying is employed, the tea goes on to packaging.

Unlike the traditional method, which is done by hand, some tea makers opt to use machinery which is quicker and less laborious. The harvested tea leaves are placed into machines that do all the work from start to end.

Moroccan Mint (a black gunpowder tea) is bold enough to stand on its own with the potent minty aroma and taste. However, Black Pearl has the smoky characteristics that often accompany any Gunpowder tea.

Oolongs are known for their lovely floral aroma and taste with a sweet finish. These attributes are found in Formosa Gunpowder tea.

How Much Caffeine In Gunpowder Green Tea

Each variation of gunpowder tea, whether green, black, or oolong, averages about 40 mg of caffeine per six-ounce serving. Surprisingly, many tea drinkers assume gunpowder packs a punch in caffeine because of its name, “gunpowder.” However, the caffeine levels align with those of other true teas (black, green, oolong, yellow, and white.)

Is It Okay To Drink Gunpowder Tea Every Day?

We don’t have the medical expertise to tell you whether or not any tea is safe to consume. Some medical conditions can be exacerbated by tea while medications or drugs and tea interact, causing adverse reactions or side effects. Talking to your healthcare provider is the best way to know if tea is safe for you to consume or not.

True teas (black, green, oolong, yellow, and white) all contain caffeine. Overconsumption of caffeine can cause jitters, rapid heartbeat, anxiety, and insomnia. Likewise, some teas come with side effects that tea drinkers need to be aware of.

The summarized health benefits that gunpowder teas provide include:

A study published by the Current Pharmaceutical Design Journal notes that black tea promotes cardiovascular, optimizes metabolism as an antidiabetic, and helps to alleviate inflammatory conditions such as osteoarthritis and rheumatoid arthritis.

The National Library of Medicine published a study (“Tea and Health: Studies In Humans”) that highlights several benefits from tea consumption. Reduced risk of coronary artery disease and stroke were discovered in men and women who consumed green tea daily. Tea improves glucose metabolism and insulin signaling in those with diabetes while reducing the risk of Type II Diabetes in those who are not diabetic. Tea also helps to reduce the risk of neurodegenerative diseases such as Parkinson’ Disease.

How To Brew Gunpowder Green Tea

Since there are several variations of gunpowder tea, we want to give you something a bit creative and uber yummy to try. We have a recipe that transports you to a tropical island where the sand is warm in between the toes and the tea tickles the tummy with layers of flavors. Don’t worry about “How long should gunpowder tea steep?” because we have that covered too.

Give Gunpowder Tea A Try!

Gunpowder tea is an interesting line of teas worth exploring. Don’t forget that most of these teas are inherently smoky tasting (except pinhead gunpowder.) Pair a cup of the smoky gunpowders with s’mores around a campfire, and you have a winning drink! 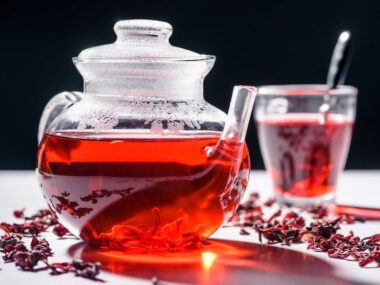 Read More
Red tea is a broad term to describe a drink that may happen to be red-colored. The one…
Read More
7
0
1 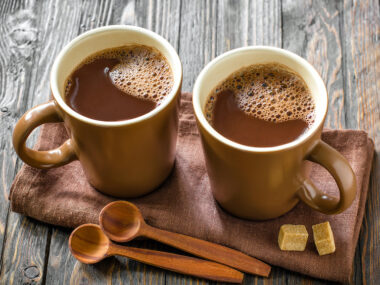 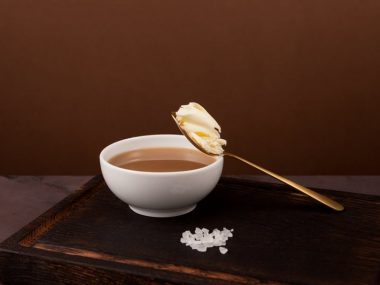 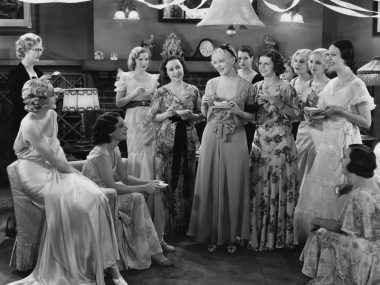 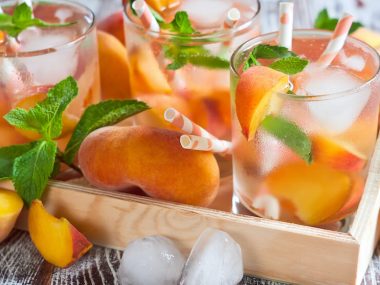 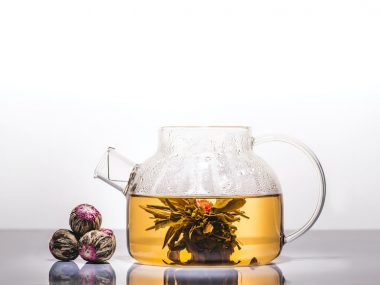