There’s a lot that other cultures can teach us when it comes to living a good life. Life wasn’t meant to be on “fast-forward.” Who knew that a tea served in a particular way helps us find balance within ourselves? But that’s the trick most Chinese teas do!

What Is Chinese Tea?

Chinese tea is a beverage made from Camellia sinensis (tea plant), which is cultivated in various parts of China. China’s tea industry is comprehensive, making them the world’s largest tea producer in the world. In 2018, 5.8 billion metric tons of tea were produced. Thus, maneuvering your way through the various names, translations, and classifications of Chinese tea can be challenging. So here’s a quick primer!

Tea, as we know it, is typically green, black, oolong, rooibos, white, pu-erh, or herbal. However, in China, tea is classified differently than in the western world.

When exploring the world of tea, we generally define a tea based on:

So, in essence, you have the basic teas we mentioned above. However, in China, tea is defined through an entirely different system that’s based on color. Chinese teas are grouped by color rather than by variety such as “green, black, oolong, etc.”

A good example of the above is Keemun tea. It is specifically grown in China and is known as a Chinese black tea. But to the Chinese, it’s known as “red tea” because of its color classification. If that weren’t confusing enough, the Chinese have specific names for a tea according to which numerous dialects it happens to fall under.

Now, everything you have learned and understood about teas up to this point has been based on the westernized methodology. We now open the door to look at China’s tea industry and how they classify tea.

In the western part of the world, we are accustomed to a particular way to “define” a tea:

In China, tea is classified by color (based on its stage in the fermentation process.) There are numerous interpretations online about how Chinese tea is classified. Most of which have conflicting information.

We relied on the scientific classification to provide you with a clear-cut definition.

Various teas in China are referred to with specific names (which vary according to the dialect.) But they are all made from the Camellia sinensis (tea plant). Certain parts of the plant are harvested at a specific time and processed in a specific manner to produce a specific tea (i.e., Dragonwell, Keemun, etc.) So, what are the different types of Chinese tea?

Green tea grown and enjoyed in China has been around for thousands of years. The world of green tea for Chinese encompasses hundreds upon hundreds of varieties (types) of different green teas, all of which are known under a western name and names according to the different Chinese dialects.

A few familiar ones include Dragonwell (also known as Longjing tea,) Gunpowder, Anji White, and Jasmine Pearl (a variation of Jasmine tea).

The Fujian Province of China is the only area of the country to grow white tea. The popular white teas include Silver Needle and White Peony. Because white tea barely makes it into the fermentation classification, it has a more delicate, diluted flavor.

Yellow tea typically grows in the southwest provinces of China. Similar in taste to a white tea, yellow tea also has a subtle taste. Some of the yellow teas of China include Huo Mountain Big Yellow Tea, Jun Shan Silver Needle, and Downy Tips.

There are several theories on how “Wulong” became “Oolong” in China. Regardless of its ambiguous origin, oolong tea grows in the southern provinces of China. Chinese oolong tea is what many refer to as “half-oxidized” because it does undergo fermentation, but not as long as black or dark teas do. A few popular Chinese oolongs include Big Red Robe, Iron Man, and Iron Buddha.

Black tea is the tea that reaches full oxidation in the fermentation process resulting in strong teas that stand on their own. The Chinese refer to this tea as “red tea” because of its color. Keemun is the leading black tea of China and is grown in the southern provinces of China. Other black teas, such as Yunnan, are grown in the southwestern provinces.

Chinese “dark” tea is what we know as pu-erhs because they have not only reached full oxidation. It goes on for additional fermentation to produce teas that are similar to black tea but far more pungent in flavor and aroma.

As with any other herbal teas of the world, these are tisanes and not true teas. That is a beverage, made from plants other than Camellia sinensis. Tisanes are utilized for the medicinal properties found in the plant it was made from.

Green tea has not undergone oxidation (fermentation) which leaves you with the purest form of tea there is. The flavor of green tea can best be described as earthy, vegetal, grassy, sweet, and hints of floral.

Moving up through the fermentation process of Chinese teas, next you have white and yellow tea, which undergo the least amount of oxidation. A cup of either of these teas will give you subtle, delicate, and somewhat diluted flavors with slight hints of floral, citrus, or earthy.

Oolong moves further up the fermentation ladder producing breakthroughs of more noticeable floral flavors. Black (known as “red” to the Chinese) tea is fully fermented, making it a strong, robust tea with a host of varied flavors. Lastly, you have “Dark” tea which is what we know as pu-erhs. This tea has gone past oxidation with further fermentation to produce a pungent, strong flavor that requires a certain palate.

What Is Traditional Chinese Tea?

As the epicenter of tea, one of China’s cultural icons is tea. Tea is more than a beverage in a vessel that one consumes but more of a spiritual experience. The long-time tradition behind how tea is to be served is becoming a rarity in the modern world. Today, tea ceremonies are typically reserved for special occasions. However, some regions of China still observe rituals in tea ceremonies.

The Gongfu Tea Ceremony is one of several tea ceremonies that have been around for a long time in China. Appreciating tea and its benefits requires a certain attitude. Tea time is said to be an intentional time when one humbles themselves to show respect for what nature has provided. During the ceremony, the attendants are not just offered a cup of tea, but also encouraged to enjoy a special ambiance of serene peace, enlightenment to truth, and spiritual connection, fostered by the tea meister.

How Much Caffeine Is In Chinese Tea?

Because there are different types of Chinese teas, there’s no one answer to exactly how much caffeine they contain. Black tea is the highest caffeinated tea, followed by green tea. Per Mayo Clinic, the average six-ounce cup of black tea contains about 50 mg of caffeine. Green tea, on the other hand, contains roughly 20 mg-50 mg.

Is It Good to Drink Chinese Every Day?

Because black and green teas contain caffeine, moderation is the key to staying within the FDA’s (Food & Drug Administration) recommended daily caffeine intake of no more than 400 mg. With this in mind, you can enjoy about 6 cups of either black or green tea a day.

What Is The Best Time To Drink Chinese Tea?

Black Chinese tea is ideal for the mornings because of the caffeine jump you get to start your day. However, any caffeinated tea should be avoided after 3:00 pm to avoid causing difficulty in getting to sleep. Green Chinese teas can be enjoyed throughout the day up until the late afternoon (to avoid sleep issues.)

Regardless of where it’s cultivated or how it’s processed, black or green tea provides us with numerous benefits. Traditional Chinese medicine relies on tea to treat many ailments.

A study conducted on patients who consumed green tea was found to have a reduced risk of digestive cancer of the upper gastrointestinal tract. Another study in Shanghai produced findings that those who drank green tea had a 32% reduced risk of pancreatic cancer.

Another study done on patients who consumed anywhere from one or more cups of tea daily reduced their risk of dying from cardiovascular disease or event. In a separate study, those drinking more than six cups of tea daily also had a significant reduction in risk of heart-related disease, condition, or event.

How To Drink Chinese Tea

Tea in China has been recognized through the ages as more than a beverage and is something to be revered for the experience and benefits it provides. Although most of us may not be familiar with a traditional Chinese tea ceremony, we have included a ceremonial form of enjoying tea regardless of where it comes from.

A Chinese Tea Ceremony To Enjoy At Home

A Much-Need Respite From Life

Chinese tea isn’t so much the tea itself but more in how we enjoy it. If there’s anything to be learned, it’s to remember that we need to slow life down to reconnect with ourselves and others. The peace and serenity that tea brings to our lives is truly a gift. 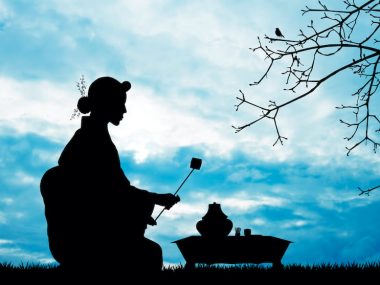 Read More
A very creative and innovative teapreneur birthed a drink unique to the streets of Thailand. However, Thai tea…
Read More
0
0
0 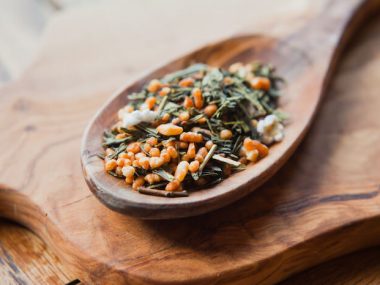 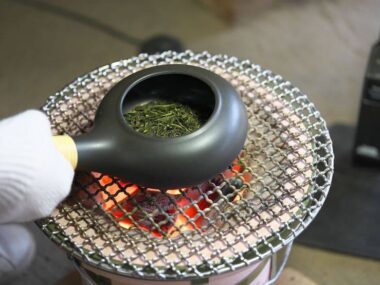