Who knew that you could harness all the goodness in an Italian dish and make a tea out of it! It all comes down to one simple little thing to have a brew of utter delight — the marvelous oregano tea!

What Is Oregano Tea?

Oregano tea is a tisane (herbal tea) made from parts, typically the leaves and/or flowers, of an oregano plant. This tisane is used in traditional medicine to treat numerous ailments such as inflammation, digestive conditions, asthma, cough, and more. Also, it makes up for a delightful drink of its own. Oregano tea has layers of flavors that range from spicy to cooling, earthy, slightly bitter, and very savory.

Oregano is a Mediterranean herb/spice that is synonymous with Italian cuisines such as spaghetti or pizza. Many gardeners grow oregano in their herb garden to have a fresh supply within reach to use in cooking. The food industry also uses oregano as a food preservative.

There are many different oregano plants and cultivars scattered throughout the world. About 60 species of oregano exist with subspecies following. It’s quite possible that oregano tea is made from any number of these plants. Origanum vulgare is a Greek oregano that is considered as the original oregano. It is the typical oregano species used for making spices because of its flavor. Origanum vulgare contains 10 times more essential oil than any other oregano species.

Although Greek oregano’s name may imply Greece as being the only place where this herb grows, it is grown all over the world now. You can find oregano seeds in many garden centers to plant in a pot.

Your local market where you purchase your oregano for cooking is made from Greek oregano. A leading spice brand which we are all very familiar with sources their oregano from Greece.

So, just how does fresh oregano make its way to a cup of tea? Well, there are various ways tea drinkers make oregano tea. Most go right out to their garden, where they pluck sprigs to take back in and brew. Others purchase dried oregano leaves to make a brew.

For those who don’t like the fuss and want a super-quick cup of oregano tea, they simply boil some water and steep ground oregano or oregano leaves straight out of a spice container from the store. Oregano tea lovers experiment with adding other infusions of flavors.

Other spices and infusions that pair with oregano:

Oregano’s first origins are unknown, but it does have a long history in various cultures. It was considered to be symbolic of happiness by ancient Greeks and was thought to bring one out of a state of despair. Aphrodite (a Greek goddess) was said to have favored oregano. Aside from the reverence oregano held among Greeks back in the day, it was also used to treat ailments and poisoning. Interestingly, ancient Egyptians also used oregano for poisoning as an antidote.

How Is Oregano Processed?

Oregano does not go through harvests, and processing like true teas (black, green, white, yellow, oolong) do. We can give you an idea of how Greek oregano is commercially processed.

Greek oregano is harvested from the middle of June through the end of August. Machines are used to pluck up the whole plant or the aerial parts of the plant. Harvesting of the oregano flowers used for essential oils is usually done in July and again in October.

The harvested oregano now goes on to be carefully dried. It’s important to preserve the integrity of the plant parts to prevent overdrying. Overdrying causes the essential oil to suffer a significant reduction causing a loss in flavor and aroma. Drying occurs in a shaded area outdoors in a ventilated area. For commercial food use, the oregano is freeze-dried rather than drying outdoors.

Once dried, the oregano goes on to be further processed to become a ground powder, full leaves, or chopped leaves. After packaging, this spice is on its way to grocery stores, restaurants, and other food industry-related destinations.

How Much Caffeine Is In Oregano Tea?

Oregano is a tisane and considered a standalone, unadulterated herbal tea. Tisanes do not contain caffeine, unlike true teas (such as black, green, white, yellow, or oolongs.) There are true teas with infusions of Greek oregano. If enjoying a cup of this infused true tea, you can expect to have about 50 mg of caffeine in a six-ounce serving.

Does Oregano Tea Make You Sleepy?

There are no supported studies confirming any adverse or side effects of Greek oregano, which causes sedation. An oregano-infused true tea can have the opposite effect by causing insomnia or difficulty getting to sleep because of caffeine.

Can I Drink Oregano Tea Every Day?

We could not find any supported evidence-based data indicating that oregano tea should not be consumed daily. If the oregano tisane (herbal tea) has infusions of other herbs, those additional herbs may affect whether or not the tea is safe for daily consumption. So be sure to always read the labels!

Is oregano tea good for cough since it was used traditionally for asthma and bronchitis? Or, more importantly, is oregano tea an antibiotic that can be used in place of medical treatment?

A formal review published (Ecology, Cultivation, and Utilization of the Aromatic Green Oregano: A Review) states oregano as capable of inhibiting bacterial growth with Staphylococcus aureus and Salmonella typhimurium. It also indicated oregano as having a strong action against E-coli and other Gram-negative and positive bacteria.

In Nutrition Today (May 2010 “Oregano: Overview of the Literature on Health Benefits,”) investigators claimed to have found oregano as being able to suppress inflammation and to inhibit a marker of inflammatory disease (elastase.)

So overall, getting a cup of this flavorful tea can be very good for you!

Why Is Oregano Tea Bad For You?

There is no solid evidence of any oregano tea side effects or that consuming it is bad. If by chance, the oregano was exposed to pesticide or any other harmful chemicals during cultivation, the consumption of the oregano also exposes the person to those chemicals. Additionally, oregano which has been improperly stored and exposed to moisture, may have mold present.

How To Make Oregano Tea

We have the perfect recipe for a savory oregano tea to enjoy in the afternoon when the stomach starts to growl. This tea is satisfying and delicious.

Tip: For those of you who dare to make this a super yummy drink, try adding 1/2 teaspoon of tomato sauce!

Grow And Dry Your Own Oregano For Tea

What better way to have the ultimate oregano tea than with your very own home-grown oregano? Many gardeners and herbalists grow it in containers or out in the garden. Remember that because it is an herb intended for consumption, avoiding pesticides or other chemicals is highly recommended.

Harvesting it when ready is as easy as snipping twigs/stems off and either drying it by handing it up or placing it into a container filled with water.

If drying it, gather bunches together and hang them up in a dark closet until dry. Once dry, cut it up and store it in an airtight container and use it as needed. The water method is better for those who like to use fresh oregano for cooking or making tea.

There’s no doubt oregano tea is like having a little bit of Mama’s spaghetti in a teacup. No matter how you slice it and dice it, oregano takes you back to a plate full of that deliciousness. What better way to indulge in those memories than with a cup of oregano tea? 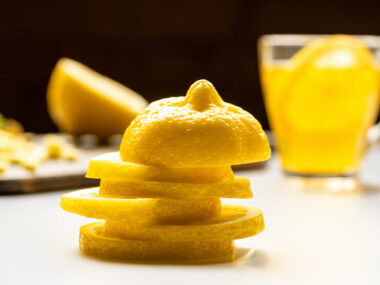 Read More
A tea packed with Vitamin C has many merits, but did you know there are a few “red…
Read More
0
0
2 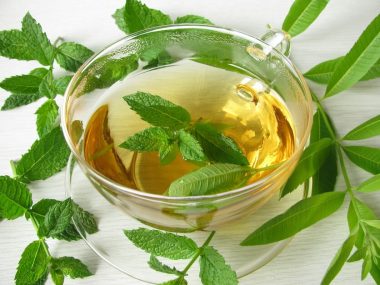 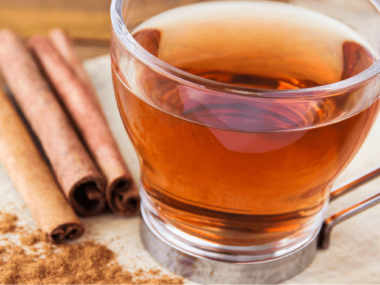 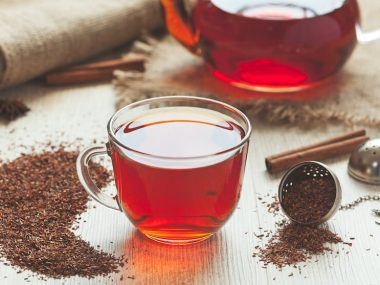 Read More
How does such a great-tasting tea come from scrappy tumbleweed-looking bushes? The loose-leaf form looks similar to mulch,…
Read More
0
0
0 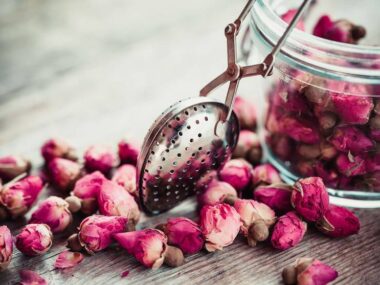