Trying to decipher the many grades of Keemun incorrectly may cause a tea drinker to end up with an inferior cup of tea. If you start at the top, you’ll never want to go any lower. Learn how to pick the perfect Keemun.

What Is Keemun Tea?

Keemun is a black tea produced from the tea plant (Camellia sinensis) in China. Along with Assam, Darjeeling, and Ceylon (known by some as Uva,) Keemun is one of four highly prized, top-quality black teas of the world.

Keemun black tea is a base tea blend found in English Breakfast tea and many other proprietary blends. Its versatility makes it an ideal black tea base to blend with other teas as it is not overly finicky about water temperature or steeping times.

Where Does Keemun Come From?

Keemun is also known as “qimen” because it’s typically produced in Qimen County in China’s Anhui Province. This tea became so popular within China and the global tea drinking community that outlying provinces around Qimen County began production. Those other provinces that produce Keemun include Jiangxi and Hubei.

Just how Keemun (qimen) got its start in China is uncertain. The Chinese Medicine Journal mentions the historical path of Chinese tea as it relates to Keemun. It’s said that the dowry of King Charles II’s new bride (1662, Catherine of Braganza, Portugal) consisted of a chest that contained Qimen Mao Feng (Chinese Keemun tea, her favorite tea.) This tea came to be known as “Keemun Mao Feng” tea.

It wasn’t until 1875 that the cultivation and production of qimen (Keemun) tea got its start in China. The tea took off like wildfire, becoming a household staple in China and around the world. The tea industry has harnessed the market on Keemun by using it as a blend for other teas. The unfortunate thing about this newfound tea is it is limited because it is only produced in a small area of China, making it rare.

Keemun tea has been awarded numerous domestic and global recognitions, including the Gold Prize of the International Fair four times (1915, 1980, 1985, 1995.) It also received the Gold Prize during 1987’s World High-Quality Food competition and China’s Medal of Tourism Pegasus Gold Award in 1992. Tea sommeliers, connoisseurs, and producers refer to Keemun as the “Queen” or “King” of the world’s black teas.

The Chinese tea trade typically grades black tea that happens to include Keemun. According to a research article published by the Chinese Medicine Journal, the grading system for this tea is subjective among tea producers and traders. The lack of grading uniformity makes it difficult to understand or interpret the various grades of Keemun.

Terroir (climate and conditions,) time of harvest (flush,) and the method of processing all play a vital role in grading the tea. Over the past 147 years, qimen (Keemun) has been assigned a particular grade based upon a set of parameters; terroir, cultivation methods, the level of fermentation, and what flush (harvest) the tea fell within.

Qimen County (where Keemun is produced) covers 2,227 square kilometers (1,384 square miles) and is densely forested over about 86% of the area. Most qimen (Keemun) tea plants grow at altitudes up to 600 meters (1,968 feet.) There the soil is red and mineral-rich.

Combining this terroir with the moisture of the kiss of clouds, rainy and misty days (150 days a year) makes the perfect setting to grow a high-quality tea such as Keemun. The same conditions lend to the healthy levels of theanine and amino acids present in the tea leaves. Additionally, geraniol (a rose-like aromatic compound of Keemun) is as much as 40-100% higher than other black teas.

While many other black teas are harvested up until fall, Keemun’s flushes (harvest) occur during April and July. The first flush in April is, of course, premium-grade fetching a higher price. Next, the flushes go on to production, where it undergoes processing either by hand or machine.

We like to keep things simple concerning the different grades of Keemun; otherwise, it gets complex and confusing. The Harney & Sons Guide To Tea claims Keemun (qimen) produced for westernized countries is either graded as Hao Ya A (extra premium) or Hao Ya B (premium.) As for Keemun produced for Chinese markets, you may see it graded as “Congou” or “Maofeng.”

Congou Keemun is considered to be traditional “qimen.” The majority of Keemun is Congou. Maofeng, on the other hand, is very rare as most Keemun tea producers shy away from producing it (why, we don’t know.)

So, we have Hao Ya A and Hao Ya B (two grades of Keemun produced and graded for western tea trade.) Then there’s Congou and Maofeng produced for the Chinese tea trade.

Here’s where things get a bit confusing. The Keemun intended for Chinese tea trade goes further in grading the tea by assigning it under different grade indicators. While one tea producer/trader may grade a tea with “T1,” “T2,” or “C1, C2…” another producer/trader may use other grade terms (Top #1, Hao Ya A, #1…)

Keep these grades in mind because they play a role in health benefits which we will cover further down.

Each grade of Keemun black tea may vary slightly in taste. Congou Keemun is said to be fruitier and much more mellow compared to its Maofeng counterpart, which is floral. The overall consensus on Keemun’s taste profile includes hints of chocolate, floral, honey, sweet, and highly fragrant with a rose aroma.

How Much Caffeine Is In Keemun Black Tea?

Caffeine levels vary according to the grade of Keemun black tea. A six-ounce cup of this tea may have 40-60 mg of caffeine.

According to a study entitled “Multivariate Effects of Chinese Keemun Black Tea Grades (Camellia sinensis var. sinensis) on the Phenolic Composition, Antioxidant, Antihemolytic, and Cytotoxic/Cytoprotection Activities,” the higher the grade of Keemun, the higher the caffeine. T2 (Hao Ya B) had the most caffeine, whereas C6 (#6) had the lowest caffeine.

Is It Okay To Drink Keemun Tea Every Day?

Because we don’t have the medical degree required to tell you whether or not Keemun is okay to drink daily, we give you as much evidence-based information as possible to help you decide.

Why Is Keemun Tea Bad For You?

Some teas worsen existing medical conditions, interact with medications (including chemotherapy and radiation,) or cause adverse reactions or side effects. Talk to your healthcare provider to make sure tea is safe for you to consume.

Caffeine can cause side effects such as jitters, anxiety, anxiousness, rapid heartbeat, or interference with sleep.

Black tea in and of itself has numerous benefits. Bioactive constituents in tea may help in reducing risks of certain diseases or conditions, relieve associated pain or inflammation, or promote overall health.

What Is Keemun Tea Good For?

With regard to Keemun’s bioactive compounds, the Food International Journal states in their article that premium grades (Hao Ya A: Top #1 and Hao Ya B: Top #2) of Keemun have higher phenols, flavonoids, and theaflavin compared to the lower grades (C1-6: #’s 1-6.) As such, the premium grades of Keemun have higher antioxidant activity than the lower grades.

How Do You Drink Keemun Tea?

The rarity and highly coveted “qimen” is something every tea drinker should add to their tea journey. So, should you acquire some of this lovely tea, brewing it isn’t as difficult as you think.

How To Make Keemun Tea

The first step to making a beautiful Keemun brew is to have the right tea. Loose-leaf Hao Ya A is the creme de la creme of black teas. Once the palate meets up with this highest quality Keemun, a lower grade counterpart may not be as pleasing.

Getting past the confusing grades of Keemun is a hurdle for the unknowing tea drinkers outside of China. However, we’ve taken the guesswork out of what’s best when it comes to Keemun. Stick with the Top #1, ultra-premium Hao Ya A and you’ll find this tea is a keeper. 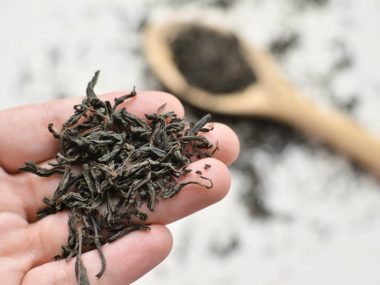 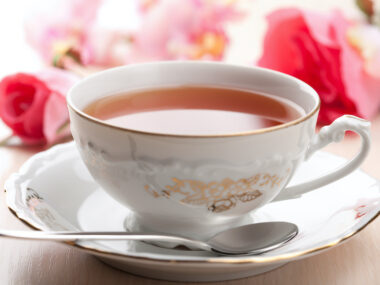 Read More
What may sound aristocratic with a sense of regality punches forward ever so delicately on your first sip?…
Read More
0
0
0 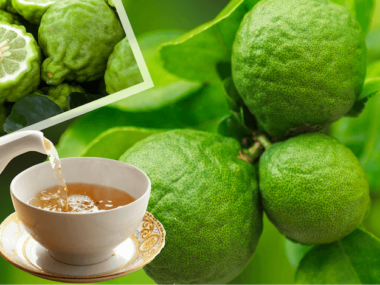