What if we told you that those flowers you decorate your front porch in autumn or grow in your flower garden make an uber-healthy tea? You’ll be amazed at just what chrysanthemum tea can do for your body!

What is Chrysanthemum Tea?

Chrysanthemum tea is a tisane (not a true conventional tea, but a floral infusion) made from the namesake flowers. This tea is widely used in traditional and Ayurveda medicine. Also, it is a popular drink, enjoyed throughout China and Japan.

Ancient Lore Of The Chrysanthemum

The Chrysanthemum plant has long been a staple in different rituals. Among the many old Chinese legends, there’s one particularly interesting one regarding the Chrysanthemum flower. Many moons ago, there was a small island in the sea near Japan where a “fountain of youth” herb grew. However, only the young (and the brave!) could go to this island to gather the herb.

An emperor who wanted this delicate flower sent a group of young boys and girls to this island to get it for him. Upon arriving on the island, they searched far and wide, but never found the magic herb. What they did find was a beautiful flower. They took it back to the mainland to trade. This plant just happened to be a Chrysanthemum. It was the magical herb that they overlooked.

No matter the ancient legend, China began cultivating Chrysanthemum around 1400-1500 BC. So, for the past 3,000 years, Asia has continued to brew the “magical herb” that was believed to keep one youthful.

There’s a bit of controversy about which plant is used to make this tea. In order to better understand this tea, it is necessary to know what type of flower is being harvested to make it. However, it’s challenging to narrow down precisely what plant species are used to make Chrysanthemum tea. Because there are various species, hybrids, and subspecies.

Depending on what part of the world the tea is processed, you may have a tea made from plants that are not even Chrysanthemum, although they are called Chrysanthemum tea. So, let’s break down the options.

A Chinese Chrysanthemum tea sold on the retail market here in the U.S. is said to be made from the “rare, wild Kunlun Snow Chrysanthemum,” which “only grows in the high elevations of the Kunlun Mountains” of China.

However, after some research, we discovered this plant is not a Chrysanthemum but that of the Coreopsis tinctoria Nutt. This plant belongs to a completely different genus (Coreopsis.) Additionally, this plant is considered an invasive weed by the USDA, which is distributed throughout all of the U.S. except in Nevada and Utah.

Other species of Chrysanthemum (including hybrids/cultivars) are also used in Asia to make Chrysanthemum tea. Which ones we aren’t sure of.

Because the exact plant species used to make the tea is unknown, we can only provide you with a range of flavors that have been noted in the tea. Drinkers experience everything from a sweet, buttery, honey taste to an earthy, floral, slight bitter-licorice taste. Most of the teas brewed from Chrysanthemum flowers are a clear, golden yellow.

What is Chrysanthemum Tea Good For?

Many herbalists and those practicing traditional and Ayurveda medicine swear by chrysanthemum tea’s potent health benefits. Most of us who drink conventional black or green tea rather than tisanes really never have considered plucking Chrysanthemum flowers and plopping them into a tea. For us, those flowers are what we place next to pumpkins and corn stalks on our front porches in the fall.

However, there may be something to this tea that’s worth investigating and exploring. Perhaps die-hard conventional tea drinkers will consider trying this tea too.

Does Chrysanthemum Tea Make You Sleepy?

The Chrysanthemum boreale species is cultivated and harvested in Asia for tea. The flowers on this particular species contain linarin, aglycone, and acacetin were found to have had a sedating effect on mice in a study.

Researchers found that an extract made from Chrysanthemum indicum reduced weight gain in mice. However, there have not been any studies on the efficacy of Chrysanthemum tea relating to weight loss in humans.

Is it Okay to Drink Chrysanthemum Tea Every Day?

As with any other herbal tisane, moderation is always best. Chrysanthemum tea does not contain caffeine, so limitations in the number of cups a day don’t apply. We could not find any scientific evidence indicating consuming Chrysanthemum tea daily poses any harm. Until you know how your body will react to this tea, it’s wise to enjoy small amounts.

Is Chrysanthemum Good For A Cough?

We were unable to find any solid scientific evidence that Chrysanthemum tea helps a cough. Perhaps the warmth of the tea will help in soothing. There are anti-inflammatory properties in this tea that may lend to reducing cough-associated inflammation with bronchitis.

The essential oils in the flower of Chrysanthemum indicum and Chrysanthemum morifolium were studied and found to have the ability to ward off H-pylori (a bacterial infection of the stomach, Helicobacter pylori.)

How to Drink Chrysanthemum Tea

It’s relatively easy to make Chrysanthemum tea. If you happen to grow your own Chrysanthemum plant, you have access to fresh flowers for your tea!

Most Chrysanthemum tea drinkers prefer the traditional unadulterated form of this tea. Freshly picked flower buds are a must to get the very best flavor.

We suggest if you don’t have Chrysanthemums growing in your garden, get a head start and get a few going. This tea (from Pickle and Spice) is best with freshly-picked Chrysanthemum flower buds. Rock sugar may be somewhat foreign to those of us not familiar with Asian cooking. To enjoy this tea as Asians do, rock sugar in place of regular sugar offers a subtle, not overpowering sweetness.

It’s “Crystal” Clear That Chrysanthemum Tea May Be A Keeper!

The health benefits that this tea offer makes it well worth enjoying a few times a week. As you enjoy your first cup of Chrysanthemum tea, close your eyes and note the flavors that come through. Explore layering more flavors into your tea with other infusions and blends of teas, spices, and fruit. 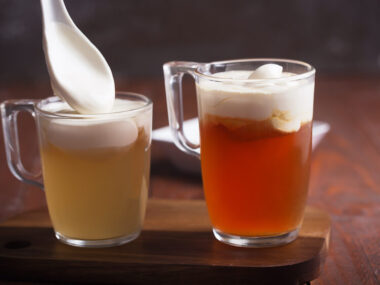 Read More
What is all the hype behind people lining up out the doors of tea shops? Cheese tea is…
Read More
0
0
2 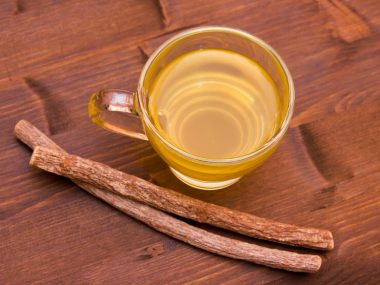 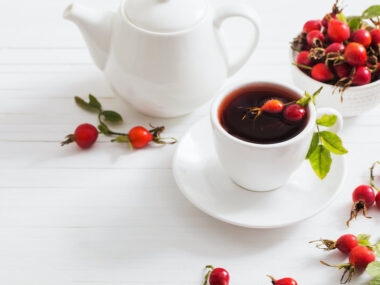 Read More
What do curvaceous hips have to do with tea? Part of a beautiful rose goes unnoticed by many,…
Read More
1
0
2